Scientists at a Birmingham university have come up with a new way of controlling rats to prevent the spread of poison-resistant animals. 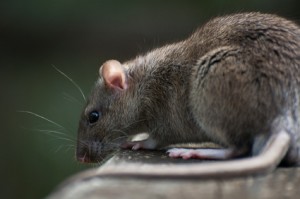 Conventional traps use poisoned bait, but they have led some animals to build up an immunity, researchers at Aston University said.

So-called super-rats have been found across Britain.

A new trap devised at Aston University delivers a poison in spray form directly on to a rat’s skin to kill it.

As the rat enters the trap it breaks a laser beam. An onboard computer then calculates the exact dosage required, depending on the size of the rat.

The project has been backed by the European Union, although the toxin used in the trap will still require separate approval from the body before commercial use.

In contrast to the new device, researchers said it was impossible to control the amount of poison that a rat consumes in a traditional trap, meaning many survive, develop an immunity and have even started to pass that on to their offspring.

According to local authorities in the West Midlands, some 48,500 rat control treatments were carried out in 2013, making it one of the busiest areas in the country for call-outs.

Want to join the discussion?
Feel free to contribute!

This site uses Akismet to reduce spam. Learn how your comment data is processed.

This site uses cookies. By continuing to browse the site, you are agreeing to our use of cookies.

We may request cookies to be set on your device. We use cookies to let us know when you visit our websites, how you interact with us, to enrich your user experience, and to customize your relationship with our website.

Click on the different category headings to find out more. You can also change some of your preferences. Note that blocking some types of cookies may impact your experience on our websites and the services we are able to offer.

These cookies are strictly necessary to provide you with services available through our website and to use some of its features.

Because these cookies are strictly necessary to deliver the website, refuseing them will have impact how our site functions. You always can block or delete cookies by changing your browser settings and force blocking all cookies on this website. But this will always prompt you to accept/refuse cookies when revisiting our site.

We fully respect if you want to refuse cookies but to avoid asking you again and again kindly allow us to store a cookie for that. You are free to opt out any time or opt in for other cookies to get a better experience. If you refuse cookies we will remove all set cookies in our domain.

We provide you with a list of stored cookies on your computer in our domain so you can check what we stored. Due to security reasons we are not able to show or modify cookies from other domains. You can check these in your browser security settings.

These cookies collect information that is used either in aggregate form to help us understand how our website is being used or how effective our marketing campaigns are, or to help us customize our website and application for you in order to enhance your experience.

If you do not want that we track your visit to our site you can disable tracking in your browser here:

We also use different external services like Google Webfonts, Google Maps, and external Video providers. Since these providers may collect personal data like your IP address we allow you to block them here. Please be aware that this might heavily reduce the functionality and appearance of our site. Changes will take effect once you reload the page.

The following cookies are also needed - You can choose if you want to allow them: